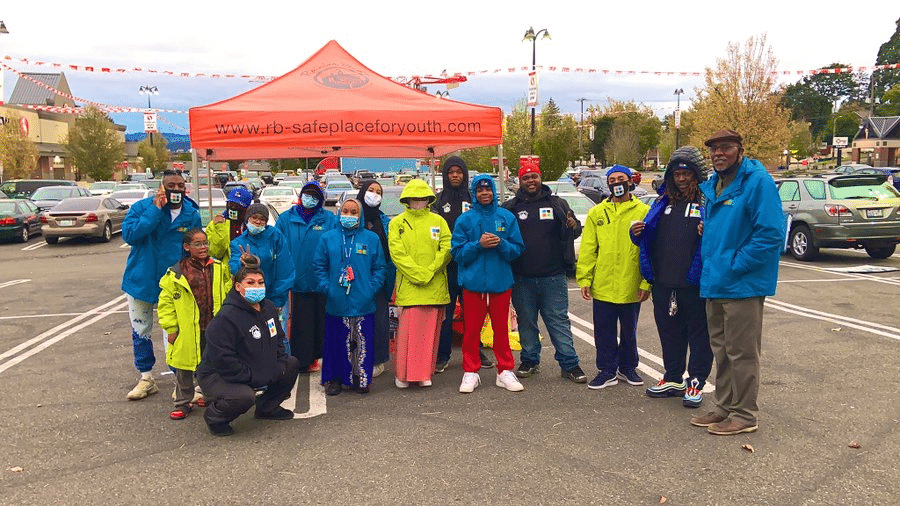 A Beautiful Safe Place is perhaps one of the most active action areas within RBAC, containing programs like the Corner Greeters, Circle Keepers, Clean Crew, and more. Occasionally, we’ll sit down with some of the young adults that work in these programs to get an inside look at the things that occur at these powerful spaces. For reference, the Corner Greeters and Circle Keepers activate ‘Community Healing Spaces’ every Friday from 3-6pm at two locations. These events take place either at Rite Aid & Safeway or Lake Washington & Safeway, and are an opportunity for members of the community to sit down and be heard. RBAC partners with other organizations to hold these spaces, including Moms Demand Action, The Seattle Neighborhood Group, and the Boys & Girls Club.

Within the last two weeks at the Healing Space, one of our Corner Greeters, Taylon Powers, had a good conversation with a young man about the ways RBAC helps the community, and about how the stuff we’re doing has a lot of power behind it. The man was a community member that was looking to get more involved with the work that RBAC does. Taylon also spoke about the environment that the Corner Greeters are trying to create: “It’s really all about love. That’s the only thing that the healing space is all about. We’re there just to be present, and to have that community presence. You’re welcome to come over, have conversations, eat, laugh, talk…whatever you need. We’re here for that.”

Another of our Corner Greeters, Fatima Kabba, talked with community members about the Mural Project at Be’er Sheva Park. Last week, the Corner Greeters passed out community input surveys to find out what Rainier Beach means to members of the neighborhood and what they want to see on the mural. She spoke to one man about how he spent two years in jail at only seventeen years old, and had a hard time finding a job after getting out. Though he said that people look at him differently, he wants to be a mentor to other young kids to keep them out of the streets. Fatima reflected on her conversation with this man: “Sometimes, some people be in these streets because they think they’re all tough and strong, but the people that are always trying to act like they’re strong are the ones that are hurt. I think him telling the story was just really…and him being able to admit his story was inspiring.”

Taste of Broadway at Paul Robeson PAC, May 15

How to contact US Dept. of Justice on current Seattle Police Dept Investigation