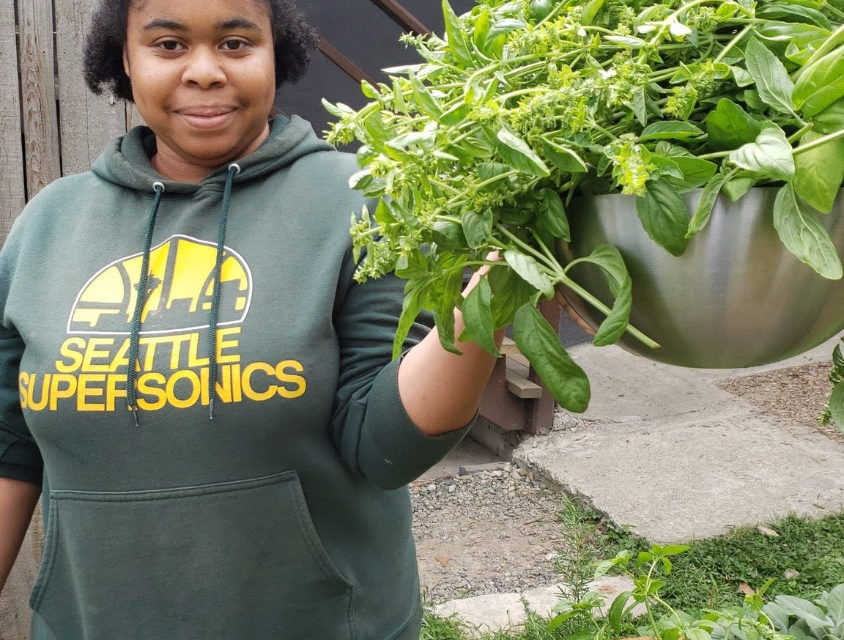 How many people (young adults) can truly say they are building skills for the career they want, at the job they currently have. The answer to that is probably not many. Which is why I am grateful to RBAC for allowing me to do just that.

As you may or may not know, the Beach 5 program is a program that “graduates” former corner greeters and farm stand fellows to the Beach 5 program. Today I am going to tell you about my RBAC journey. I first started RBAC as a Farmstand Fellow. Around this time I was already looking for a job. Then, I saw a flyer at a bus stop that gave details about the farm stand job openings. I have been interested in food justice/gardening for a while so the opportunity seemed perfect for me. After an interview and a group interview, I was one of the five chosen to be a fellow. Although being employed is a significant thing for anyone. It was also significant to me because at the time I was looking for a job. I started with areas nearby and it looked like any job I was going to get would be somewhere downtown or at Southcenter. The point is it would have taken me somewhere out of South Seattle. The place I have always called home. I’m sure many other people around my age are and will be faced with the same problem. But RBAC programs that hire young adults to do good in their community. These jobs also wouldn’t have helped me to get into the career I want to pursue. At RBAC I am given the chance to develop the skills I will need for the future.

I spent my first year at RBAC as a Farm Stand Fellow. In the winter I decided to take a break from the farm stand. Although I was no longer working as a fellow I was still connected at RBAC working on the highlight videos. Which if you haven’t seen you should check out here. During a Corner Greeter Bootcamp, we all came up with ideas of what we would like to see RBAC doing. It was during this exercise that I thought of the idea of having a garden at the RBAC office. Each Beach Fiver has their own project and the garden became one of mines. After meetings with David, Mr. Davis, and our Landlord Ty to work out the logistics we got to building the garden. Many of the RBAC staff helped and pitched in to build the garden. Which if you haven’t seen pictures of yet check here. The garden’s produce has been utilized in our Monday meals and to make smudge sticks!