Rainier Beach resident honored as the Metro Bus Driver of 2010

Here is a positive story, and a local resident who could provide great insight and information in developing a resident led vision for transportation justice and priorities in our neighborhood. Congratulations, Mr. Banzuela!
Aug 25, 2011 (yesterday) Yesterday Metro had a  surprise event to award Federico “Fred” Banzuela the title of Driver of the Year (2010). Congrats Fred!

A U.S. Army veteran with a long history of service to his country and his county was chosen today as the King County Metro Transit Operator of the Year for 2010.

Federico “Fred” Banzuela, 61, is the latest in a long blue-and-teal line of bus drivers who demonstrate safe driving skills, exceptional customer service, and an outstanding overall work record. It is a peer award, with the winner selected by other Metro drivers.

“Fred is somebody who always has public service in mind,” said King County Executive Dow Constantine. “He served our country in the Army, including a tour of duty in Iraq six years ago. At Metro, he continues to distinguish himself every day in the level of service he provides to his bus riders and his co-workers.”

More after the jump.

Banzuela (ban-ZWAY-lah) was born and raised in the Philippines, and came to the United States in 1970 to study. In 1971, he enrolled in the Army and served on active duty until 1978. In 1980, he began driving for Metro as a full-time transit operator and continued his education at Seattle Central Community College, eventually receiving an Associates Arts degree in Social and Human Services. He resumed his military career with the Washington National Guard’s 1st Battalion, 303rd Armor Regiment in 1997. From 2004-2005, his unit was sent to fight in Operation Iraqi Freedom. He retired from the Army in 2006.

Banzuela, a Rainier Beach resident, works as a report driver at Metro’s Central Base, which means he fills in wherever he is needed – no matter which route it may be. He has only had one accident in his 31 years with Metro.

“As a report operator, Fred often gets his assignment at the last moment and is required to know every route out of Central Base,” said Metro General Manager Kevin Desmond. “He works tirelessly and without complaint, starting work as early as 4 a.m. and sometimes not getting done until after 7 p.m. That requires a great deal of skill, particularly when you consider Fred’s outstanding safety record.”

His supervisors say Banzuela also has an unofficial assignment as “Pops” to the rest of the drivers. He’s a source of information and advice for the rookies who aren’t yet comfortable addressing their supervisors or chiefs. The staff rely on him to help keep the peace, be supportive, and to give good advice.

“Whenever we have new drivers who are trying to learn how to deal with the stresses of the job, we’ll tell them: ‘Go hang out with Fred for a while and he’ll teach you the ropes,’” said Central Base Chief John Lewis. “He is dedicated to his family – both his own at home and his Metro family at work.”

Metro employs more than 2,700 operators who do all they can to help passengers reach their destinations safely and on time. Desmond said Banzuela is a great representative of excellence among Metro’s front-line staff, and is highly deserving of being named Operator of the Year for 2010. 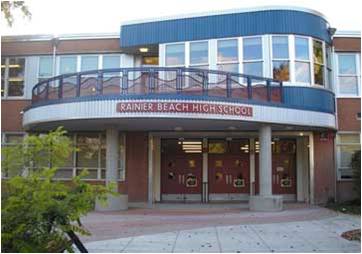 Help shape the future of transit in Seattle! Nov. 17th