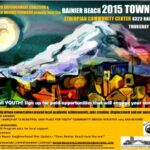 The ninth annual Rainier Beach Town Hall Meeting (RBTHM), held at the Ethiopian Community Center May 14, 2015, provided the occasion for celebrating a year of incredible victories across all aspects of community life. The sheer number and breadth of accomplishments represented the growing number and strength of locally-based organizations learning to collaborate in new, more powerful ways. Special thanks are in order to Puget Sound Sage, GotGreen, Seattle Tilth, SEED, the Rainier Beach Merchant’s Association, and the Rainier Beach Community Club, among many, many others.

This year’s event was convened by the Rainier Beach Action Coalition, a recent merger of the Rainier Beach Community Empowerment Coalition (RBCEC) and Rainier Beach Moving Forward (RBMF), and was attended by around 90 local residents and representatives of key community organizations and agencies, including youth, elders, whites, blacks, immigrant community, business developers, and community organizers. As with previous town hall meetings, the goals of this event were to raise general awareness of community-driven achievements, highlighting neighborhood ideas that have taken root, contributed to innovation and, often, represented downright wins, as well as to encourage broader community engagement in upcoming events and initiatives

The reporting format reflected priorities expressed at last year’s meeting under the categories adopted by RBMF in the wake of the Neighborhood Plan Update process. This year, participants were invited to directly witness to local concerns and opportunities through open mic sessions under each category.

Here is just a sampling of the reports:

A Place for Everyone (Economic Development, Housing, Transportation)

– Shuttle to Light Rail (being studied by SDOT)

A Beautiful Safe Place (Public Safety and the Arts)

– Bridge-2-Beach clean up, including repainting of King Donuts

– Holiday season Light Up the Beach

David Sauvion chair of Rainier Beach Moving Forward Steering Committee was pleased with the list…”it shows that the Rainier Beach neighborhood is a vibrant place. Our interest now is to make sure that every resident particularly our lower income and immigrant communities get involved, benefit from and drive the changes.” If the updating was not enough there was also the announcement of this years’ Rainier Beach Unsung Hero Awards. Given out annually since 2007 the 2015 award recognizes individuals and organizations whose work would generally go unnoticed in spite of their tremendous contributions to the well-being of the Rainier Beach neighborhood. Awardees included:

There were provocative featured presentations connected to each action area. Guyanthony Parramore speaking to public safety introduced the launch of Rainier Beach, A Beautiful Safe Place for Youth which a Department of Justice Byrne Innovation Grant using “hot spot” research as a the basis for crime reduction. Curtis Brown shared a concept to help Rainier Beach residents overcome being displaced through the use of finance leveraging their own resources. Colin Pierce talked about the International Baccalaureate program at Rainier Beach High School, a Life Long Learning action area effort that has experienced an increase in graduation rates that exceed the district average. And Ubax Gardheere talked about an emerging transit oriented development project occurring in the neighborhood called the Food Innovation District intended to connect neighborhood values and attributes such as the work of the Rainier Beach Urban Farm, local residents interested in the food industry as a career and improving the health and well being of its residents.

RBAC wishes to extend sincere apologies for oversights in failing to list worthy organizations (South Seattle Emerald) as sources of media for Rainier Beach activity or thanking organizations that have been instrumental in the progress of the organization (Seattle Foundation), it was unintentional and in no way indicative of the esteem we hold the organizations in 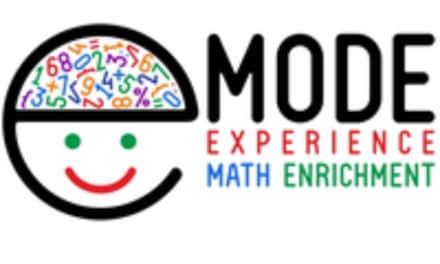 Tap Into Your Inner Math! 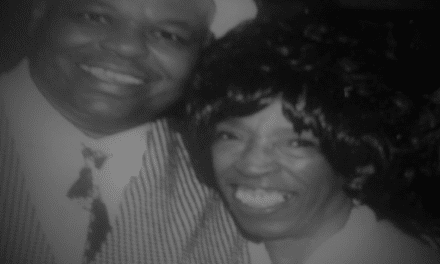