The Regional Transit Task Force Report has been released on the RTTF website and three public forums have been scheduled to invite public comment, including one hosted by King County Council Members Larry Gossett and Larry Phillips on Tuesday, November 9.

The Executive Summary of the report can be downloaded from this link:
RTTF_Final_Report_ExSum

The complete report is available on the RTTF Website

Among the reports recommendations is this policy direction for service growth and reduction:


The current policy for transit service growth and reduction is based on three King County subareas (east, west and south) and was established in Metro’s 2002–2007 Six-Year Transit Development Plan.

As a result of the deep recession, Metro Transit continues to face huge deficits that will require more large cuts to bus service. Next week, a task force will recommend new policies to guide these major system changes.

I need to hear from you. Please join me on Tuesday for a special town hall meeting on the future of Metro Transit.

This meeting will be your chance to hear directly from Regional Transit Task Force members on what they are recommending and why. After their presentation, you will have a chance to ask questions and provide public testimony on what you think should be done.

We need to be sure that the final plan adopted by the Council prioritizes equity and social justice, and that the needs of our community are addressed.

I hope you will join me for this important meeting on the future of our transit system.

Who should pay for Sound Transit Parking? 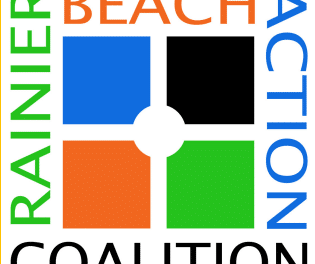 Transportation Stewards sought to speak out on behalf of neighborhood