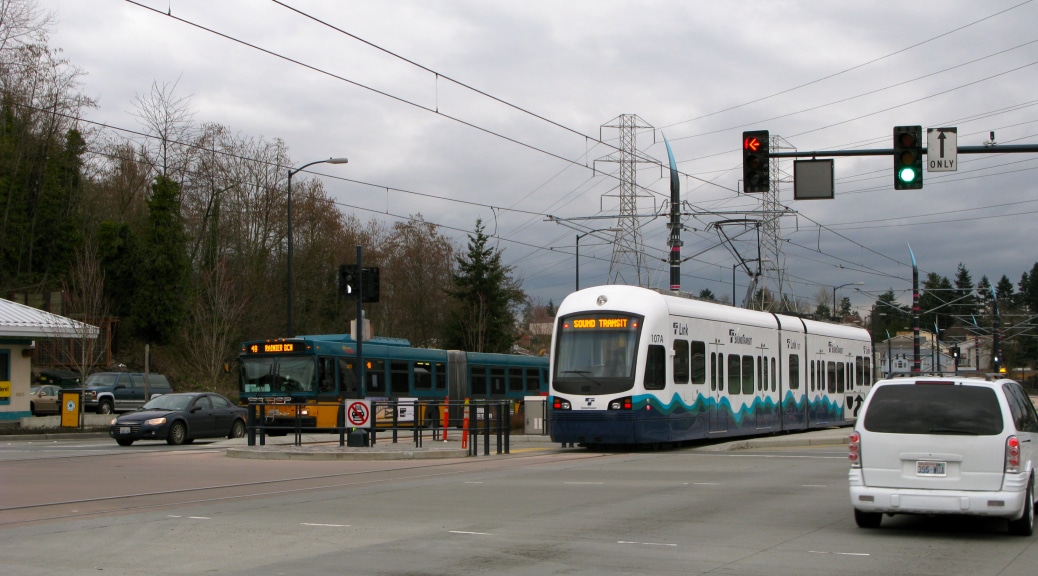 A local organization attempted to acquire property, and came to terms with the reality of Seattle’s real estate market, yet again.

When we say, “It takes a village,” we mean it takes the whole village. Remove one member of the community, and the whole effort falls apart.

In this latest example, we have all the right players lined up, a relationship with the seller, with the seller’s broker, an agent involved in the community, an angel investor, a dedicated fiscal sponsor, a supportive land preservation organization, and a group of hopeful fighters.In the end, it still isn’t enough to buy a property. Despite all our best intentions, once again, money talks. $50,000 above asking price was enough to convince all but one member of the village: the seller. And so, another one bites the dust, and another property gets away… for $100,000 above the listed price.

Looking back a day: three non-profits, one agent, one angel investor, and all our dreams are permitted. It isn’t going to be easy, and we know that much. Whatever the terms of an angel investment, a loan remains a loan, and it’s important for community to stand on its own two feet, not to rely on philanthropy constantly, but to be given the capacity to sustain its own initiative, control its own destiny. So, while someone stepped in to give us a chance to play, it doesn’t take away our need to find a long-term solution: A capital campaign? A land trust? At least, we have the choice, the luxury, to seize the opportunity, take the risk to make a change our way.

Looking back a week: There’s a note on our office door. It says: House is on the market today. Open house 12-2. $549.000. We have the green light. Time to pull on those partners’ resources and make an offer. It’s tough, seven days, a very tight turnaround. We need to be creative. A few emails later, and we have the support of an amazing angel investor ready to provide Rainier Beach Action Coalition (RBAC) with a loan. Next, we need an expert, and we know just who to call, someone who’s no stranger to hard work and event participation, someone who’s involved in the community and volunteers at several tables. For the next three days, the team pulls out all the stops, explores all the scenarios, demonstrates the purpose and the vision, weighs the risks versus the rewards. Once we reach a consensus on the approach, we bring in the attorneys to draft the language. This could actually work.

Looking back a month: A tent is pitched in RBAC’s backyard. Someone knocks at the door of the office, a neighbor, that neighbor explains the situation: a homeless gentleman was pulling furniture out of a dumpster in an attempt at keeping his belongings dry. He’s a victim of one of the latest sweeps and has nowhere else to go. So, the open lawn was suggested as a temporary solution.

Then the conversation turns to the neighbor getting ready to move and sell their house. This could fit so perfectly into our vision for an Equitable Transit Oriented Development at the Rainier Beach light rail station. It could become part of a master plan to provide, not only workforce housing, but a community hub and cultural anchor, education and vocational training facilities, and a regional food system infrastructure with employment opportunities and living wage jobs.

They reconvene a few days later to discuss RBAC’s vision for the area and the role the property can play in this context. Everyone agrees we shouldn’t let this site fall into the hands of market developers. We meet again with the seller’s broker and accept that we will have to go through a competitive process. They will let us know when the house goes on the market.

Looking back a year: Almost a year ago to the day, we discover that RBAC’s offer for partnership has been rejected and that site control for a commercial property by the Rainier Beach light rail station has been lost to a backup offer. That offer closed within a matter of days, keeping our desperate counter offer attempts at bay. We had been looking at this property as the site to anchor our vision for years and couldn’t believe our luck when it came on the market. It had everything we had been looking for, including an existing shell that would have allowed us to test the business model and give the neighbors a chance to weigh in before we embarked on a challenging brand-new development.

The seller’s agent is reticent to deal with “community.” Negotiations drag on. Then out of nowhere, a former City Councilmember, now re-invented Food Systems expert, comes in and outbids us. With little other recourse toward retaining site control, and with time running out before earnest money ($100,000) is due, we commit to a partnership with a generous offer. Little did we know that the Councilmember, backed by an investment team, had no intention of working with us and no money to put down. Who else would refuse $50,000 to cede a contract option no questions asked? To this day, the building remains for the most part unoccupied and inactivated except for one existing small business.

The names of the parties involved in this story are irrelevant. It could happen to any given stakeholders in any fast-gentrifying neighborhood in the City. History matters, and history will repeat itself if we let it.

So, what is it going to take for this city to catch a break if we can’t get every member of this village to participate? The Mayor recently showed her true colors. Money speaks louder than political commitment. If we had the political will, we wouldn’t be pouring hundreds of millions of dollars into a Youth Jail, a South Lake Union sub-station, or even a revamped Waterfront. For a fraction of this amount, a mere $10-15 million, we could be securing sites in Rainier Beach to prevent displacement and provide the potential equivalent of hundreds or even thousands of affordable units, education and childcare facilities, community gathering spaces and shared offices, and thousands of square feet of light manufacturing and production hubs.

Partners, stakeholders, and non-profit housing developers are ready to jump in to do their part, but we need to land bank those properties, secure them for future community-led developments before it’s too late and their price continues to drive further displacement.

We’re ready. Are you? Seattle is no longer a village.

David Sauvion is a co-founder of the Rainier Beach Action Coalition and the Food Innovation District Strategist. He lives and works in Rainier Beach and is a Steering Committee member for South Communities Organizing Regional/Racial Equity (S-CORE) and Rainier Valley Communities of Opportunity (RV CoO). He was also a member of the Neighborhood Advisory Committee that worked with City Staff on the Rainier Beach Plan Update between Sept. 2010 and March 2012. 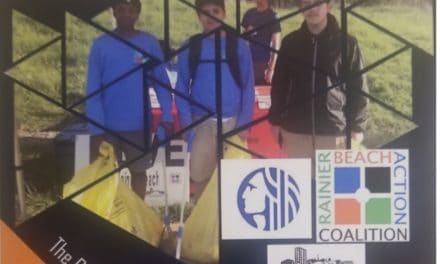 Are you down with the Clean Crew? 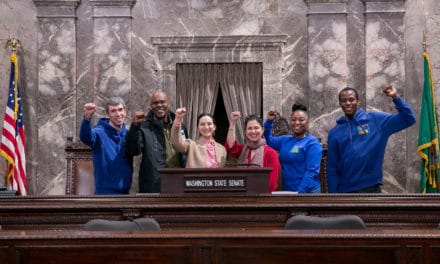 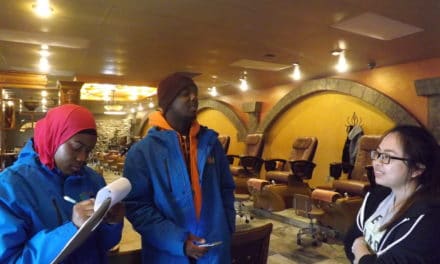