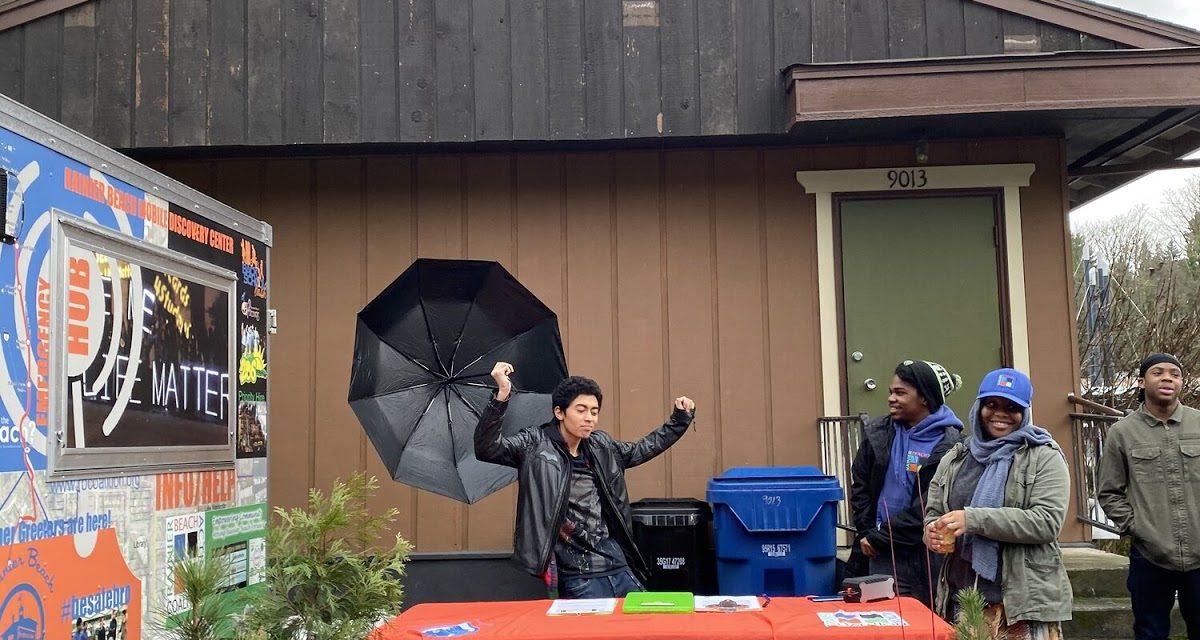 “Does anyone remember what type of tree this is?” asked Andrew Schiffer of DIRT Corps. “Coniferous,” a youth shouted. “And which one is the other one?” Andrew responded. “Syberlindigh…” another youth spurted out to a round of giggles. “Deciduous, you were pretty close,” he said with a smile.

This conversation is part of partnership between the Rainier Beach Action Coalition (RBAC) and DIRT Corps, an organization that fosters healthy communities by providing access to green jobs. DIRT Corps focuses on job training for marginalized groups such as women, black and brown people, LGBTQ people, and veterans. 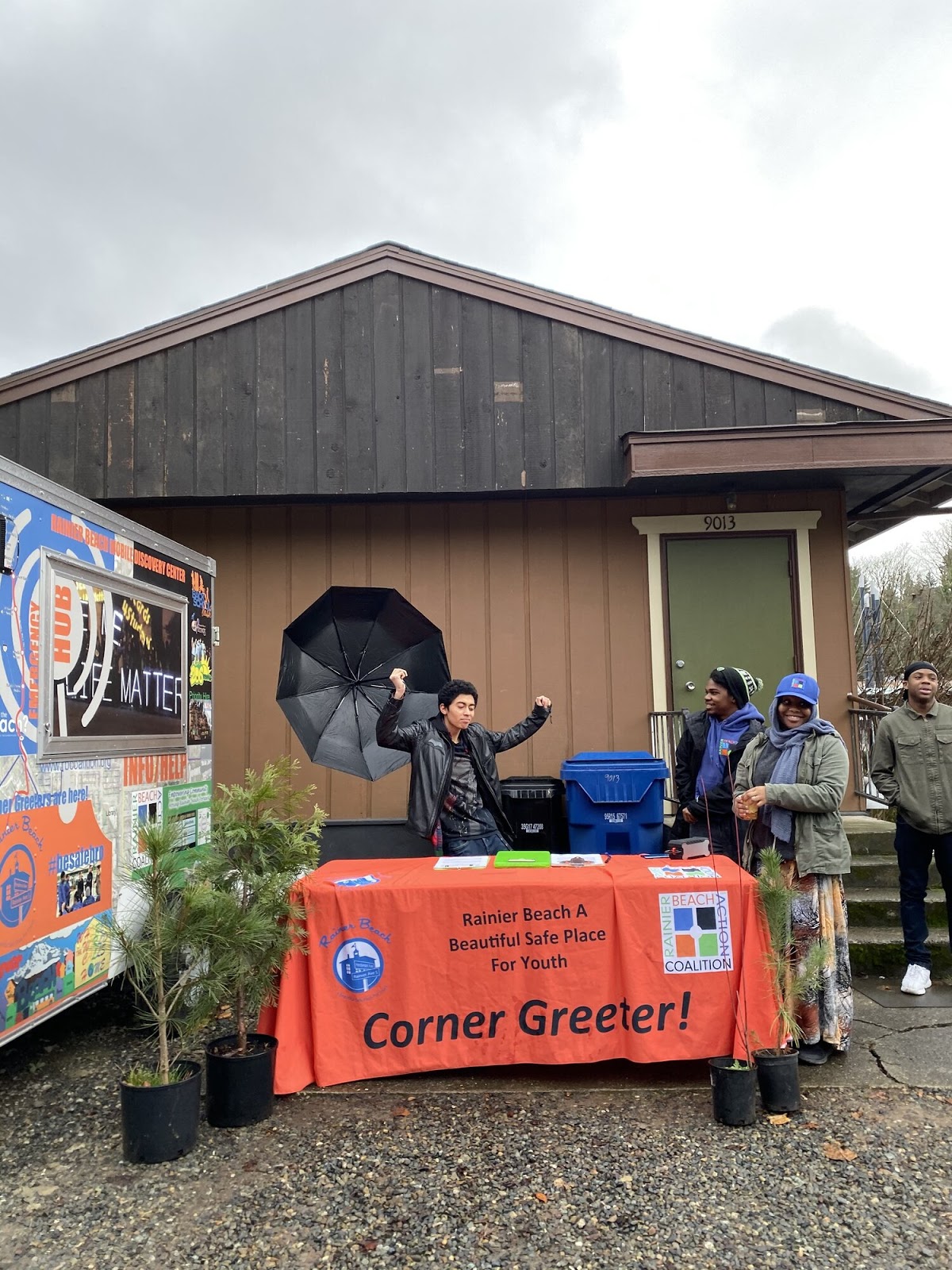 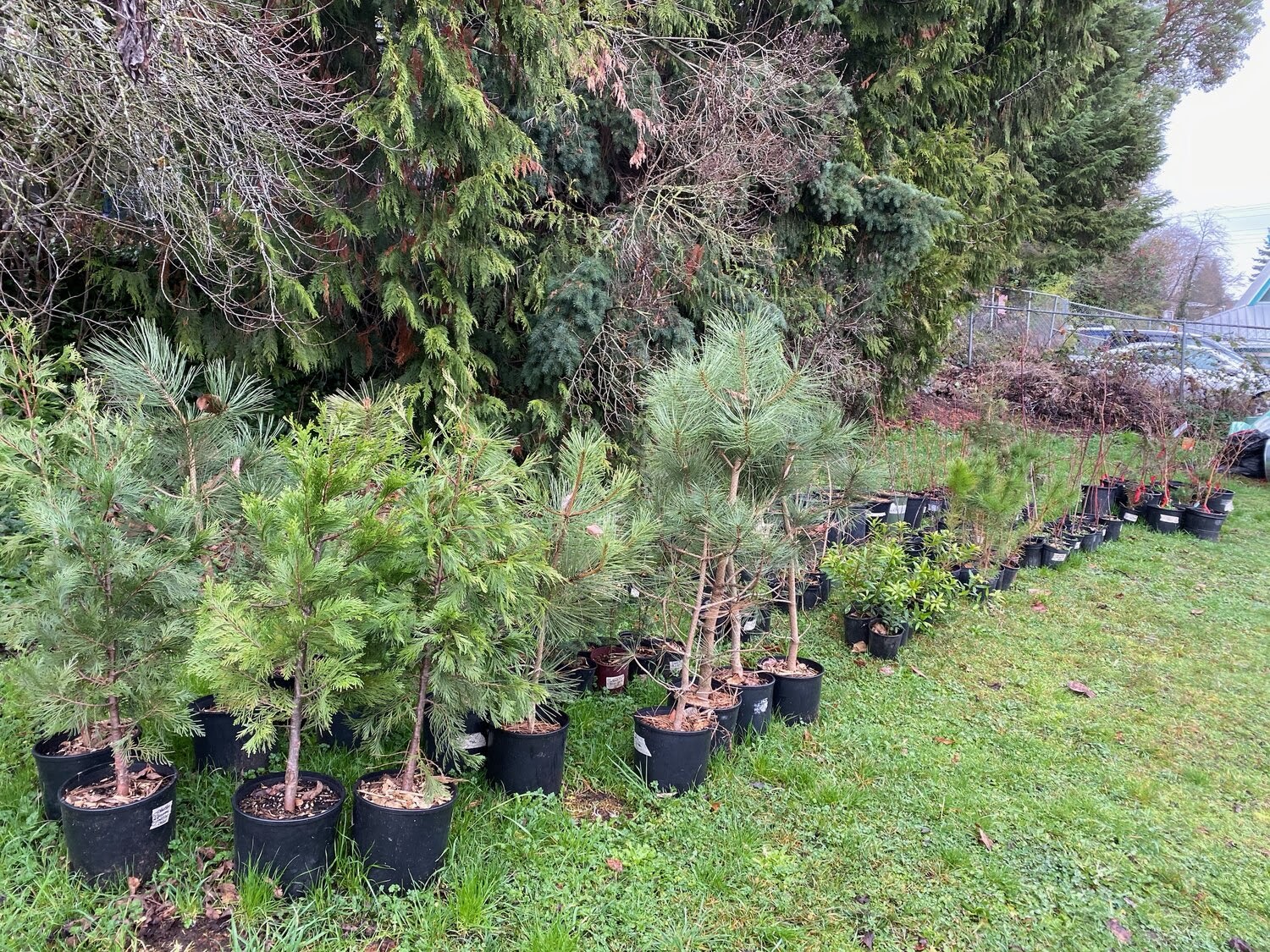 Corner Greeters are pop-up events hosted by RBAC on different Rainier Beach corners each time with new and fun activities as a way to activate the neighborhood.  RBAC is partnering with DIRT Corps to include trees as part of Corner Greeters.

This builds off of DIRT Corps’ own success around “pop-up” tree giveaways centered around community life. These tree giveaways started in 2016, when DIRT Corps partnered with the Duwamish Valley Youth Corps (DVYC) to launch the Duwamish Tree Canopy Enhancement Program. In addition to increasing tree canopy coverage in Seattle, DIRT Corp incorporates tree education, planting assistance, and a follow up annual tree survivorship study into the program.

For Schiffer, who manages the tree giveaway for DIRT Corps, the youth deserve the credit for the success for the tree canopy efforts in the Duwamish Valley.

With DIRT Corps expanding this last year to work with new community groups in new geographies, Schiffer noted that his experience working with Duwamish Valley youth has helped change and shape how he starts these collaborations and engages youth of color.

While his ultimate goal is for these youth to be able to know the trees well enough to have the “Right tree, right place conversation” with residents, the shape of the program depends on the priorities of that group.

“Working with the Duwamish Valley Youth Corps has taught me a lot. I think flexibility,” he says,  “Coming in not with a, ‘Hey, this is what we’re teaching and this is how we’re going to do it,’ [but instead] with, ‘Hey, here’s what we can offer. What of this menu is interesting to you and would serve you,” he said.

“There’s kind of like a double edged sword that we’re always facing,” said Rashad Barber, Youth Coordinator for RBAC, regarding the anxieties on how beautifying and environmental projects could be received by residents of Rainier Beach.

What once may have been deemed an undesirable place by people outside of Rainier Beach may look more enticing as Seattle grows and pushes further south in search of cheaper land. Increasing the neighborhood’s tree count can add to its attraction.

“If development is really good for the community, I say good. But sometimes developments are not focused on a community. It’s like what they [outside organizations] say goes. It’s not really the community voices,” said Bahsan Ahmed, one of the RBAC youths involved in the project.

Barber hopes that this collaboration with DIRT Corps will help that mindset evolve.

“People do see positive things in trees and vegetation, it does improve the quality and we should not be resistant towards our own neighborhood improvements… out of fear of displacement. I think the whole goal is how do we allow for improvement and community in our neighborhoods while keeping residents rooted?” he said.

“I don’t want to be white environmentalism,” Schiffer said, aware of how he can be viewed while working with black and brown communities, “I need to make sure that everything that I’m doing is not in service of that.”

“They have taught me to continue to sort of step back and let them lead,” said Schiffer of the partnership with RBAC. “They’ve given me a really amazing opportunity to keep practicing that.”

In October, RBAC leveraged its Town Hall, an event they organize periodically to connect Rainier Beach residents, as an opportunity to give out trees.

“I myself, I feel like I gave away around like seven or eight,” said Davon Fuller, one of the youths giving out trees.

In all, RBAC managed to connect 43 trees to Rainier Beach families.

Davon was quick to point out that the event for him wasn’t all about connecting trees to people but was symbolic of how Rainier Beach residents are connecting to each other,

“I caught a single person [leaving the Town Hall] and I told them about the tree giveaway, I told them about my favorite tree and how it [would] look good in your backyard for free, so they brought a couple of their friends over… [the connection] was like a tree; first it was one branch and then it was a couple more.”

Dirt Corps’ collaboration with youth is supported by funding from The Nature Conservancy.

Bunthay Cheam is a Khmer American refugee born in Khao I Dang, a refugee camp on the Cambodia-Thai border. He enjoys receiving, holding, and sharing stories. 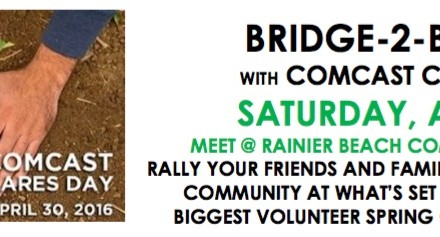 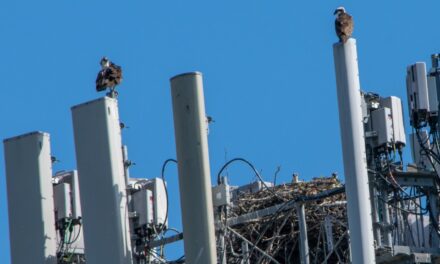