On October 20th I drove home smiling and prayed the last prayer of the day after RBAC’s YATTA Rising Town Hall. I reflected on the whole day that entailed a lot of love and humor. I thanked the Creator for my position at RBAC and the real family I have found.

I’ve traveled to many destinations this past year seeking to be among blessed teachers, saints and sages. It started with Medina and Mecca in December for pilgrimage with new companions, then Hadramaut in Yemen, and finally Istanbul and Konya in Turkey. These were lands that Muslims travelled to when wanting to taste the sweetness of faith and to fall deeper into the oceans of wisdoms that Islam has to offer.

While many go far and beyond to other lands for a spiritual journey, we may forget to look at the lands we sit on and realize that the land in the Americas were originally stewarded by the saints and sages of the indigenous people. I believe each land has its own original nation, with an indigenous language, culture, and wisdoms. I believe the sacredness of the Earth stewarded by indigenous people creates a balance today and allows for justice to spread when the seed is watered. What I feel about Rainier Beach is that this location has a history of perseverance among Black and Brown people and that is true for the South Seattle region. It has since been changing because of settlers and now gentrification, but there is unique taste to this region that allows for people of diverse backgrounds to preserve their cultures and share similar spices to create many dishes. And we see this with the cultural businesses and restaurants that exist in this area. Throughout the day I could see how the beauty of Rainier Beach and the family at RBAC are gems of our times, saints and sages of all ages because of the deep love and the preservation of culture either that was cultivated here or brought from other homelands.

Hours before town hall, I roamed around the Rainier Beach neighborhood searching for East African food, knowing that this area had the best in Seattle. Being in a space where cultural foods were served, diverse languages spoken, ethnic channels playing on the TV, and companionship over coffee created the belonging that I searched for after some time immersed in American culture.

After lunch I went to the RBAC house (What we call the office space), meeting some of the staff from RBAC and seeing the beautiful family support that is given to each other. This was one of the first few in-person interactions I had since starting my new role. The preparation for town hall wasn’t structural or forced, but it was as if we were preparing for a big family dinner.

We all headed to Alan T. Sugiyama high school, a local school where the town hall took place, with all of the supplies we picked up from RBAC house and flowed into the building. I was taken back at how beautiful this school was. Sitting at the tables were young people, all to help RBAC to set up for town hall. A few familiar faces that I’ve seen at RBAC’s Harvest Fest that past weekend, and new faces as well. All of the young people looked like me and I thought, if I was in HS again, I would have hung out with them.

Slowly, other RBAC staff and volunteers trickled in and we all began to set up in a dance rehearsal-like way, each person supporting a specific part of the set-up with grace and in synchronization. We all created the space together and it wasn’t only the look and set-up of the space that created the beautiful energy in there, but it was the experience of what was happening during the set-up that created the energy of the scene. Every person had some else with them to fill in the gaps and identify ways to improve something, and one could see the intergenerational interaction happening between the young and old.

That day I was responsible for a few tasks and suddenly when I realized I made a few mistakes, someone else had gracefully come to resolve the matter with so much grace and ease. It went like this: “Hi Mariam”, “Hey Coach V noticed utensils missing from nutrition”, “Nurhaliza we’re missing utensils”, “I can go get them.”

It also went like this,“Tina do we have the booklets” “I picked up the certificates”,“Oh no I miscommunicated, I apologize”, “Its’ okay they might still be open…yes they’re open they are waiting for us”, “Kerry would you be able to help and pick up the booklets?”, “Sure thing friend.” The graceful support that came through the last hour kept the calming and light-hearted energy in the room.

During the set up I ran around holding my breath because it would have been the first time I spoke on stage with several speaking parts throughout the event. I was very nervous and didn’t realize it until I was rushing to get something, Tina slowed me down, “Kanwal…breath” and then I took a deep breath. A part of the RBAC culture is to practice breathing exercises, ending almost all meetings with “Inhale Courage, Exhale Fear” and this is one of those moments I was given space to do so.

A few minutes later I was looking at the YATTA rising team prepare for their parts as they were all scattered around the stage and I found a young Muslim sister who was preparing for her part. She was a part of the YATTA Rising program. We had expressed to each other that we were nervous and then we prayed together in Arabic,“My Lord, expand for me my breast [with assurance], And ease for me my task, And untie the knot from my tongue that they may understand my speech.” We smiled at each other and affirmed that we can do this together.

I looked up to see the room, and the smiles, love, the diversity, the passion, I thought to myself, where else would I have had a moment to just be myself? To have people support me like this? To connect with a young woman over prayer like this? I felt so assured, safe, and at home.

Town hall happened, and I felt my love for RBAC grew even more after seeing the policy work YATTA Rising did to propose policy recommendations. The research and work put in to answer the question, “How many medical emergencies in this area could have been prevented if the community had met basic needs like shelter, jobs, and safety.” Is there anyone else in South Seattle posing this question and recommending policies for a solution? After research and analyzing up-to-date data from Seattle’s Fire Department, the YATTA Rising team proposed for the 2023 Seattle Budget to include Rapid Acquisition of Existing House, Workforce Development, and Priority Hire individuals and youth through pre-apprenticeship training programs and job readiness programs in clean energy jobs. This research is to be celebrated and to be noticed, and further worked on. YATTA Rising is doing real work in Rainier Beach!

Before the town hall concluded, YATTA Rising showed love and appreciation, and were given certificates for their accomplishments. I sat in awe because of how much love and support these young people were receiving to make a real difference in their community and the affection they had for each other. Seeing them stand on stage together and smiling at the camera made me feel like a proud big sister. And for the first time I was finally given the opportunity to break out of my stage fright alongside the YATTA Rising team. Had I been given opportunities like this when I was a young adult, maybe it wouldn’t have taken this long.

I realized I was given this role to support RBAC in empowering the young people from Rainier Beach and to also grow with them. RBAC’s focus is to take real challenges in the neighborhood and turn it into opportunities by providing the space for homegrown youth to be compensated for their energy and time to make an impact on their neighborhood. They are smart, talented, creative youth and once given the opportunity and resources, the neighborhood’s heart is revived.

Town Hall ended with Family Feud and in a very long time I laughed VERY hard. It felt like Eid night with friends and family (or thanksgiving dinner). I connected with the wise woman elders that worked and supported and served at RBAC for a very long time, and the wisdom and love they shared with me gave me the feeling of comfort. I would search far for women elders across the world and these women were right here the whole time, it was in Divine timing when I needed to meet them.

After town hall, I ended the day with prayer and thought to myself, I traveled across the world to find gems, wise saints and sages, openings in my heart, experiences that led me to gems in a neighborhood called Rainier Beach, where wise elders are supporting their young to become stewards of this village.

We’re here at RBAC to preserve what is already here. To preserve the type of love that can only be found in a kitchen full of diverse people who cook with similar spices but can make different dishes. The town hall was about the policy changes and activism that RB youth have accomplished and everyone in this village should know of it, and also it was about the preparation of the Town Hall and the moments during the town hall. It’s about all of the recipes, ingredients, time and love that made the comfort dish. It was more than just what we wanted the dish to taste like, it was the process of cooking it together with whatever we already had in the kitchen.

As we kick-off the year-end fundraising at RBAC, we hope that you can sustain RBAC to empower Rainier Beach’s young people to empower and move the community forward by recommending and implementing changes in Rainier Beach village. Become a part of the action and give a generous gift by donating at LINK. Here’s your opportunity to make a deep impact with us.

For more information, questions or comments, I welcome you to contact me at Kanwal@rbactioncoalition.org. I am looking forward to connecting with you.

City of Seattle Police Chief Search is On 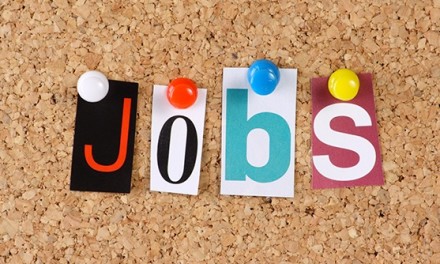