The CD. South Seattle. Sheikh Jarrah. New Orleans. Haiti. Colombia. Srok Khmer (Cambodia). Ethiopia. The world is not on fire, but it is heating up like never before. It is wise for us to understand the global context when analyzing local issues. The transregional strategies implemented by governments to maintain a firm grasp on their capital interests are often dissociated from one another; an honest look reveals that the strategies are the same or similar, with the main differences being the levels of outright violence, the policies that anchor impunity (makes it “legal”), and obviously, the location.

In review, disaster gentrification is a term that refers to the process of corporate + government invasion and commercialization of an inhabited geographical area (neighborhood/city) in the wake of a disaster (be it a natural disaster like a hurricane or earthquake, an economic disaster like a recession or depression, or an unnatural disaster like a pandemic or epidemic). The consequences include but are not limited to an increase in construction, mass displacement of people (especially low-income, Black, Indigenous, and immigrant folx and families), and the interruption and destruction of hxstorical community institutions. This installation of the Disaster Gentrification series comes months after the first, and at the perfect time because there are plenty of current events we can check out to help us understand the intersections of this issue. It is easier to define a problem than it is to solve a problem – and no article ever written has solved a problem. This is a step in a process that must be sustained.

Disaster gentrification is not passive.

Gentrification is not inevitable.

Displacement is not accidental.

It must be clearly understood that gentrification is a process that occurs with a plan and is executed as a collaborative effort of government, corporate, and private entities.

The beauty and struggle of grassroots organizing is that we must fight on many different frontlines and have a diversity of tactics. Demonstrations in the streets must be connected to accessible political education. Any organizational relationship with government officials, offices or employees must be held with integrity and transparency, especially if it develops to a level of collaboration of campaigns and policy recommendations. Self-defense and autonomous safety values are necessary if we are to maintain a self-determined community while working to abolish violent institutions. Centering the most affected and sustaining harm reduction practices is important; mutual aid may be new terminology, but it is a hxstorical practice among our communities because we have always had to fend for ourselves and take care of each other. The examples just listed are some general tactics that our communities have been maintaining for decades and centuries, yet the context of our lives today suggests that we need to put these things into praxis (theory + practice) now more than ever! When it comes to combating disaster gentrification, some dynamics are a must or else it can’t be considered a genuine attempt.

One of these actionable dynamics is to begin explicitly referring to gentrification as a form of economic oppression. This must be clearly understood because the majority of analyses on gentrification are racialized (as it should be), yet they lack any kind of economic critique. There must be a collective economic impact on anything presumed to be a solution for gentrification. This is where the politicians must be pressured. Grants, skimpy budgetary allocations, and non-enforceable resolutions must be considered nothing more than mitigating steps. Much more is required, especially when attempted solutions don’t address the root of the problem, and rather, have worked to hxstorically divide collective progress.

Connected to this, there must be concurrent systemic transformations in motion. Disaster gentrification occurs on purpose and with purpose, therefore the solutions must include an unfiltered critique of those in power who maintain the status quo. Anti-racist trainings are not enough. Changing the slogan of your office is not enough. There needs to be evidence of intense and urgent systemic change that will support the shift towards eliminating the acceptability of gentrification. These proof-worthy changes may include but are not limited to drastically shifting hiring processes, critically analyzing and eliminating the institutional hoops that only BIPOC have to jump through, changing of institutional by-laws, explicit naming and praxis of centering Black and Indigenous folx, among many other ideas (drop some in the comments!).

Another dynamic that needs to be applied to solutions is accessibility. This can mean a lot of different things. When it comes to who receives funding to do anti-gentrification work, the language(s) that information and educational resources are publicized in, the level of academia that is established for being a “credible source” when it comes to the topic, and absolutely making space and considerations for folx with different learning + physical abilities is extremely important. An element of this accessibility also includes intergenerational education around the issue. Parents should share with their children the stories of how the family came to be in the house, apartment, or condo that they live in. Financial literacy, family hxstory of ownership, inheritances, and survival tactics also tend to get displaced from our communities when folx are gentrified. The only way any form of oppression ceases is because we create ways to resist and teach those upcoming generations. When that loses its place in our culture, we lose the ability to resist – and this can happen within just one generation, so we must fight to keep it intact.

All these ideas are just steps in a process, yet each step taken can be considered a paradigm shift. Some folx believe “things can’t change overnight.” Unfortunately, it is that very commitment to gradualism that has kept radical change from happening. Things CAN change overnight if we push hard enough and stand on values that force oppressive structures to cave in. Shifting the way we talk about gentrification is one way we can push – by addressing it as an economic issue, it will force the solutions to be based in economics with a critique of capitalism as opposed to bolstering tokenism. While this is being done, there also needs to be tangible and irrevocable proof that powerful institutions and structures are changing at their core. For too long we have been given empty promises from elected officials and false hopes from individuals who enter influential positions as “representatives” of our community. Finally, when it comes to understanding the impact and manifestation of gentrification, everything needs to be accessible on multiple levels.

Provided here are just a few ideas. The hope is that our community’s shared analyses and brilliance can build connections and fill in gaps wherever they may be. As Mr. Davis shared in the last op-ed “it’s better to dam the brook than a creek” – meaning that we must implement the solutions we can while we can, and still fight for more. Ultimately, we must keep fighting. Comrades, consider this: “when two elephants fight, it is the grass that suffers.”

Check out more about Disaster Gentrification:

“…this pandemic is not an abnormal disruption of a “normal” functioning but rather one of the normal consequences of an “abnormal” functioning. The current situation will also trigger a shock for existing social structures, which therefore means that it corresponds better to the notion of disaster, which designates a transformative event that destroys, reverses, upsets the order that precedes it.”

“Without intervention, disasters contribute to a cycle of dispossession and displacement that creates deeper vulnerability for BIPOC communities when the next disaster inevitably comes.”

“Major catastrophes may not discriminate, but the suffering they cause lands disproportionately on communities of color.”

“disaster gentrification…must be dammed before it becomes a creek. If not, the creek becomes a river, and by that time it’s too late to stop it.”

“It’s all a game. The consequences of this game are that property taxes increase, which leads to property owners and landlords raising rent. This does not necessitate that incomes increase as well – so, when rent increases but wages don’t, folx get evicted if they cannot make due.” 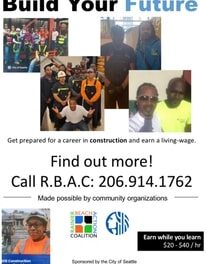 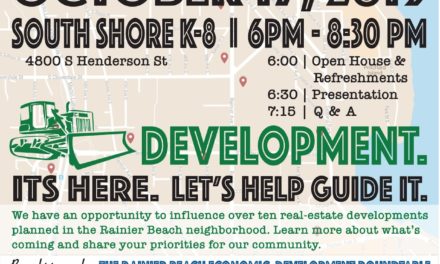