On Ferguson, 60 southend Seattle children who could hang with the CNN big-whigs 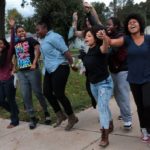 As elementary children return to school sporting new trendy backpacks splashed with Lego and Frozen logos, I wonder, have they heard about Michael Brown’s story in Ferguson, Missouri? Do children have an opinion about the racial injustices that plague their communities? If children where featured panelists on CNN, could they contribute to the national discourse on race and racism?

I know of at least 60 elementary age children who could discuss Ferguson alongside national experts. Frozen and Lego obsession or not, no amount of consumer culture could undermine the seeds that were planted in the lives of 60 children and their families. That’s because our community was transformed this summer at Urban Impact’s Freedom Schools in Seattle’s Rainier Valley. I was a Servant-Leader Intern who taught the students, called scholars. 60 scholars return to schools across Seattle this week, and my hope rests in them. They will not only be sporting new notebooks and new backpacks, but also, an “I can make a difference” attitude with an increased love for themselves, their families, their communities, their country and their world.

The CDF Freedom Schools model was piloted through Urban Impact because the national curriculum aligns closely with the organization’s mission of breaking cycles of poverty. One way to break poverty cycles in the lives of young people is to create pathways to high-quality education. Children of color stuck in cycles of poverty especially need rigorous summer programs to help close the achievement gap. The multi-ethnic diversity of the scholars reflected the varying communities in Rainier Valley. Families represented countries from the United States, Vietnam, Korea, Ethiopia, Mexico, Peru, Jamaica, and Nigeria.

After six weeks, scholars graduated the program with an increased awareness that injustice continues to mark the world around them but armed with new tools to tackle tough topics like racism, sexism, classism and ageism. Scholars read about and discussed historical figures that transformed their communities while overcoming inequities. They studied the stories of Ruby Bridges, Joe Louis, Clara Barton, Eleanor Roosevelt, Langston Hughes and Desmond Tutu (to name a few) and compared the context of these stories to current events. While strengthening their reading skills, scholars discussed social justice themes that also further developed their critical thinking skills. You see, scholars were equipped this summer. They really can hang with the CNN “big-whigs.”

Seattle public school students just completed their first week of school. As adult members of their communities, however, we must draw out what lies inside the scholars. Children must be contributors to at-large conversations. We can no longer be content with the voices of adults with higher education degrees.

The next time you come across a child, dare to ask them about Ferguson. If they are one of the 12, 745 young scholars in 107 cities and across 29 states that did CDF Freedom Schools, double dare ask them about Ferguson and Michael Brown’s story. They will have an unprecedented insight infused with love. So let their hearts be the key that unlocks the freedom for those of us who are not yet free. 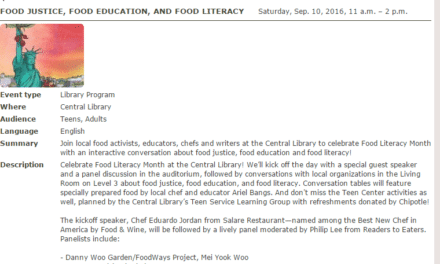