SEEDArts has announced a new prospective project: to renovate and reopen the Columbia Cit y Cinema. The original cinema closed  in May 2011 — since then residents and business es have repeatedly expressed a desire to bring the movie house back. In response, SEEDArts has been working with a Community Advisory Board to investigate the feasibility of raising funds to refurbish and reopen the cinema.

We hope to rent the building for one year so we can embark upon a feasibility analysis and ensuing capital campaign to raise the $1.1 million needed to renovate the building, fix the code violations and establish operations. Although there is a lot of excitement in the community, we are still in the feasibility phase of the project. SEEDArts and the Cinema Advisory Board are working together to finalize a business plan, establish bids for construction and confirm the support capacity of the local community as well as public and private sources. To sign the initial lease, we must raise $60,000. Donations can be made at seedseattle.org/donate . 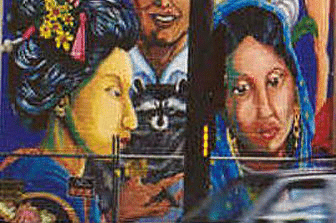 MUSIC UNDER THE STARS COLUMBIA PARKS