Corner Greeters Back Stronger than Ever 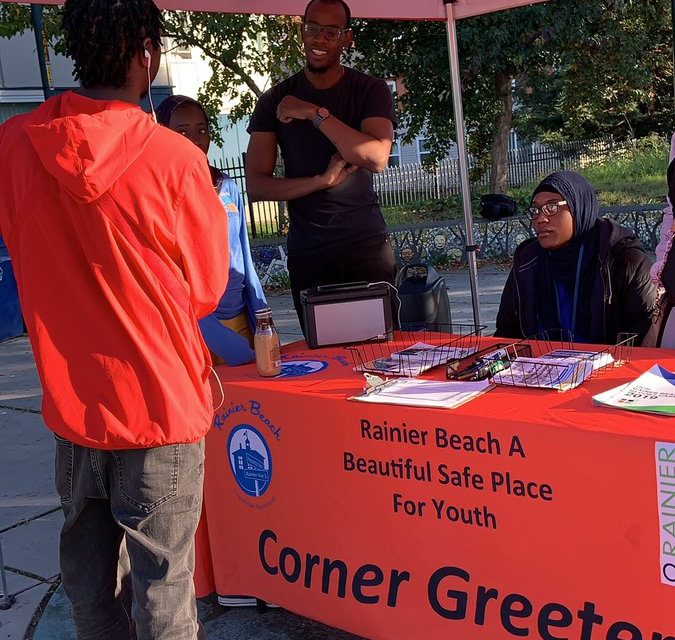 After a seven-week break, the Corner Greeters will be out on the streets in Rainier Beach interacting with community members and surveying them about potential improvements in the neighborhood. On February 3rd, they will have their first planning meeting, and on February 5th, they will be scouting at Rainier and Henderson.

The Corner Greeters go through a process to ensure successful Corner Greeter events. The first step is the planning meeting, where they are assigned roles. Documenters are responsible for posting headlines on Twitter, the Beautification Role entails picking up trash around the scouting area, the Scribes record the community’s response to surveys and the Engagers pass out flyers and interact with the community about upcoming events.

In 2019, there were 814 headlines posted on Twitter, 24 Corner Greeter events were held and 271 community members were surveyed for their views on public safety.

The Corner Greeters activate what we have called “Pearls” areas in the community where the highest level of incidents are reported according to the Seattle Police Department.  What appears to be a bunch of local youth in blue hoodies collecting trash, tweeting and surveying anyone who’s walking by, is actually research based crime prevention strategy based on George Mason University’s (GMU) Center for Evidence-Based Crime Prevention Policy. This approach may have contributed to a 33% drop in crime in the Rainier Beach area.

Surveys and Town Halls have also give the community a chance to voice their thoughts around what’s happening in Rainier Beach, including thoughts around safety and new developments taking place in the neighborhood.

If you would like to interact with the Corner Greeters, stop by a Corner Greeter event. We look forward to making 2020 an even more successful year!  There is nothing like the power of community.

The 21st Annual Youth and the Law Forum, April 16 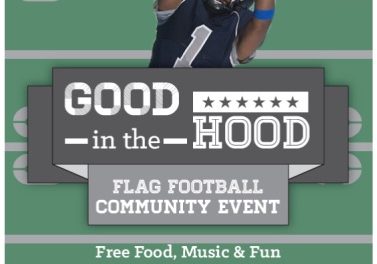