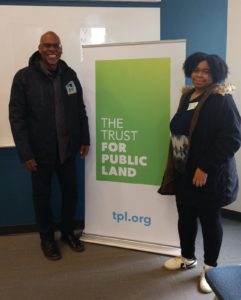 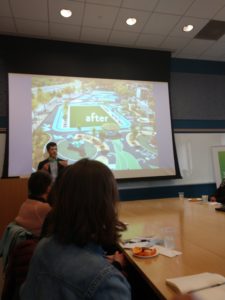 As part of the research process for the Places for People project, Mr. Gregory Davis and I attended a recent presentation about Creative Placemaking at The Trust for Public Land’s office.

City Parks Alliance describes Creative Placemaking as, “A cooperative, community-based process that uses arts and cultural expression to create or rejuvenate parks and public spaces a

nd deepen a sense of place and community pride.” The Trust For Public Land, who hosted the event, is a non-profit organization whose mission is to, “Create parks and protect land for people.”

Matthew Clarke is the author of a book called, “The Field Guide for Parks and Creative Placemaking.” It showcases creative placemaking projects around the United States, and shows how to do Creative Placemaking in your own communities. During his presentation, he focused on how community organizing should play a big role in a successful project.

RBAC will be doing some Creative Placemaking of our own at Henderson and Chief Stealth Trail under the power lines. We will build a terrace garden and platform for Corner Greeter work with the support of the KCDPH and Kaiser Permanente. Take a look at the empty space when you’re walking to the train, and imagine what it could

Northwest Tap Connection presents “A Taste of Broadway,” May 15 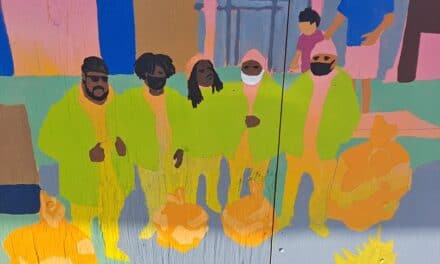