Throughout that first brutal winter, most of the colonists remained on board the ship, where they suffered from exposure,

scurvy and outbreaks of contagious disease. 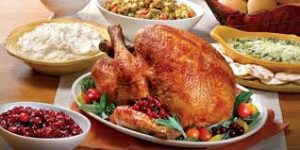 Only half of the Mayflower’s original passengers

and crew lived to see their first New England spring.

where they received an astonishing visit from an

Abenaki Indian who greeted them in English.

Several days later, he returned with another

and sold into slavery before escaping to London

and returning to his homeland on an exploratory expedition.

Squanto taught the Pilgrims, weakened by malnutrition and illness,

how to cultivate corn, extract sap from maple trees,

catch fish in the rivers and avoid poisonous plants.

He also helped the settlers forge an alliance with the Wampanoag, a local tribe,

which would endure for more than 50 years and tragically remains one of the sole examples of harmony between European colonists and Native Americans.