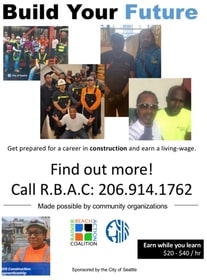 About ten years ago the Rainier Beach Community Center was being demolished for a rebuild. We were so excited and Rainier Beach deserved it. Our excitement waned, however, when it was discovered that in the demolition and construction of the building (located at 8825 Rainier Avenue South) no one from the neighborhood was involved in or benefitting from the construction contract in terms of jobs. As you have seen published here before, it was this situation that brought out the need for a target local hire ordinance (that’s what the community called it) which eventually became called Priority Hire. Now every city of Seattle capital construction project must have 25% of its workforce come from underinvested in neighborhoods. This came to be in 2016.  During and since that time to keep the momentum going a Priority Hire Advisory Committee was formed and served on by community members, construction trade practitioners, and contractors.  This group just released a set of recommendations –   https://www.seattle.gov/Documents/Departments/FAS/PurchasingAndContracting/Labor/fas-2020-phac-annual-report.pdf . These recommendations include the following. 1. Successful organizations are identified by the City and PHAC based on their contribution to outreach and support services. Example organizations include but are not limited to Rainier Beach Action Coalition, Urban League of Metropolitan Seattle, Legacy Leadership and Equality, and Casa Latina. 2. It is recommended as a capacity-building effort, an annual fund of $500k to $750k of additional funding be provided. Funded organizations are responsible for sharing best and promising practices, tools, and strategies to other community-based organizations, thereby creating increased capacity in service to the Priority Hire program. RBAC is proud of its track record in policy wins based on being able to identify the needs of our residents and do advocacy on their behalf. This ordinance and these recommendations are an extension of the impact that can occur when residents organize and get proactive in having their needs met. By the way, since February this year, we have outreached to dozens of people, assessed 10 people, referred 10 people, and placed 10 people in pre-apprenticeship construction training. 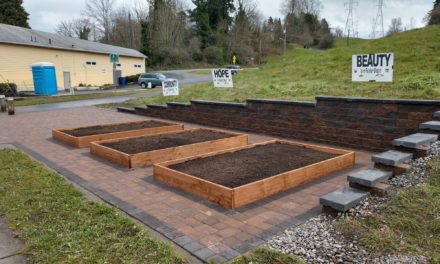 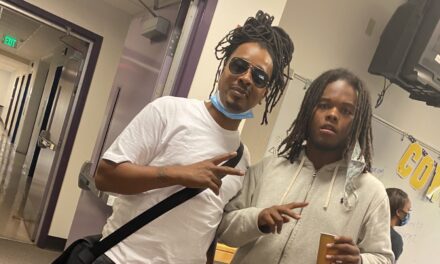 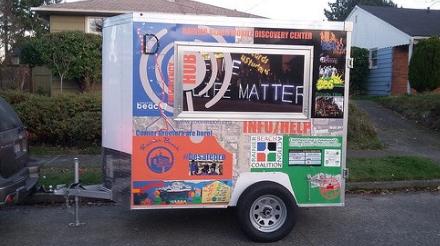