On Thursday, May 28th on Facebook Live the Circle Keepers were given the annual 206 Rising Award, “to acknowledge special contributions to the well-being of the community.”

The 206 Rising program, part of the PEACE Coalition which has partnered with RBAC since 2012, is intended to highlight the contributions of youth to community betterment. RBAC youth have produced many of the videos on their YouTube channel, and continue to team up with them.

On receiving the award, Marisol Santos-Perez, who is co-leader of the Circle Keeper program said that while she doesn’t seek recognition, “It felt good, to be honest. I’ve always received awards in high school but never received a nonprofit work type [award], so it felt good to be a part of something that’s impactful and helping make that change in the community.” Ryan Croone, the other co-lead, said he’s thankful for the opportunity to be recognized by one of RBAC’s partners, but that’s not what motivates him. “I’m just glad that the work itself is impactful. When I’m seeing the impact; that’s my recognition.” 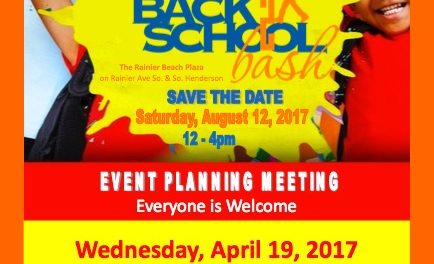