In June and July the Clean Crew spent three days learning about crime prevention through Environmental Design (CPTED).  The training was intended to: (1) provide the crew a high-level understanding of CPTED techniques and (2) how they might use the techniques to improve community safety.

Tara Nelson or Seattle Neighborhood Group was the principal trainer for the CPTED work, and the training was available to other members of RBAC. The training also was intended by Cathi Wilmore as well as members of the Mothers against Gun Violence. The training was provided over a period of about three weeks and provided the crew opportunities to examine CPTED issues such as addressing physical issues that make a place feel unsafe or to make crime less likely to occur.

A key component of CPTED is the need to involve people in the target area to clarify the issues in a particular area and then determine how they might be addressed. It is NOT a cookie-cutter process. Rather, it requires a fair amount of talking with the community and working on solutions that are supported by those at the ground level.

After the training was complete, the Clean Crew went out to the field, and we selected an area that would be subject to our CPTED assessment. The area chosen was the corner of Cloverdale place and Rainier Avenue South.

Team members went to the site, completed a site assessment, and then determined what strategies would be implemented.  The site visit identified the following issues: 1. Graffiti on private property on private property; 2. Unkempt private property with high levels of grass and weeds; 3. Significant amounts of illegally dumped materials; 4. Public properties being unkempt and 5. traffic barriers with graffiti.  In summary, this portion of Cloverdale Place has been a dumping site for anyone with junk to be discarded; had overgrown vegetation such that folks could not walk along the sidewalks, sidewalks were broken and there was garbage frequently dumped. 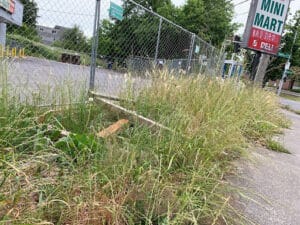 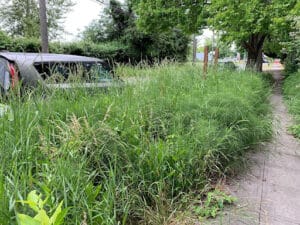 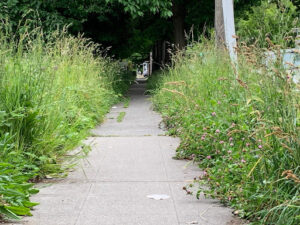 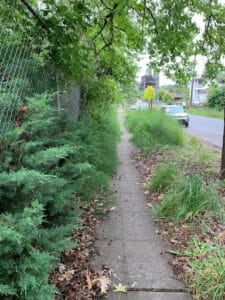 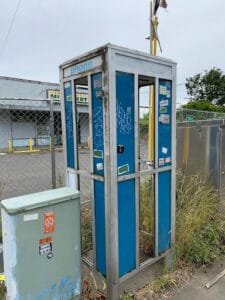 The Clean Crew began the Implementation of CPTED in July.  Our approach consisted of a frequent use of Find it, Fix it to report all graffiti, illegal dumping, and litter issues in the target corridor. We also conducted property research to identify three property owners whose properties were poorly maintained. Our work found that the top three unkept properties were owned by Seattle Public Utilities, Seattle School District, and Mount Baker Housing.  Letters or email contacts were made to each entity. Both SPU and Schools responded fairly quickly. Mt Baker Housing responded after repeated attempts to reach them. Letters were also sent to private property owners. And the Clean Crew did a number of litter picks and other work in the target area. Our work included talking to property owners such as Atlantic Street Center and individuals about their concerns.  They expressed some concern about how the area is always a dumping ground.

After about six months of work,  I recently asked Teri from Seattle Neighborhood to tour the area with me and give me her assessment. Her response was that of “amazement”.  The graffiti on two prominent  structures on Rainier and Cloverdale were clean. In one instance, we worked with the Ethiopian Church to clean up the graffiti– some 8 boys and men from the church joined in cleaning up the graffiti.

Teri said that the intersection looked 100% better. We then walked along Cloverdale place and she observed there was a reduction of weeds, blackberry vines and the area has greatly improved the look and safety of Cloverdale place. On the day we did the assessment, the city had finally removed an abandoned vehicle that sat on the street–which the neighborhoods complained about– for over two months. Also new to Cloverdale place is a newly poured concrete sidewalk on the south side of the street. That was done as a part of SDOT’s work.  I also want to thank Seattle Public Utilities for improving their property and removing graffiti from their property,

While Cloverdale place is much improved and its become a more inviting and safer place for the community, the work is never done. Teri and our team will continue to seek further improvements and include opportunities for the community to participate in.

See pic of painted out graffiti on the Mini Mart 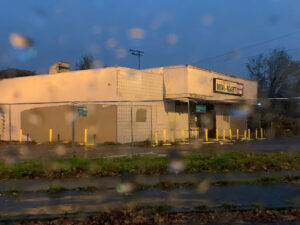