An opportunity for youth who want to get involved in the construction industry has opened up again. YouthBuild is a Pre-Apprenticeship program for 18-24 year olds. Though it was withheld last year due to COVID-19 concerns, it will be back up and running this year. The program lasts for six months and gives participants on-the-job training and skills.

Additionally, Eddie is advocating for getting incarcerated people into pre-apprenticeship programs on work release from prison. He describes how some of them feel powerless about their future beyond bars.

“Right now I’m pretty sure there’s a few that I’ve met that feel like: “Alright, I’ve been to the penitentiary, I’ve been in this trouble, I have a felony and they just automatically feel like they’re not gonna be able to do anything, or they can’t, or nobody will give them the chance to.”

Yet Eddie’s advocacy revolves around the inherent promise he believes many of them have. “People, they might just get in trouble, but at the same time, give them a second chance and they might be one of the best people you have in your [pre-apprenticeship] class because they want that job. They’ve got that drive now. They don’t want to go back to where they came from.”

If you know anyone interested in getting on a path to a high-paying trade job — especially 18-24-year-olds who are eligible for Youth Build — Eddie’s your guy! 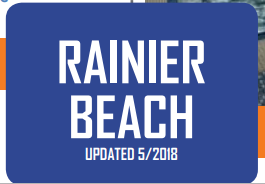